10 Experiences You Hope to Have as a Traveler

If you haven’t realized it yet, I love to travel. I have a deep urge to see new things every single day, even if it is realizing there is a building down the road that I never realized existed because my eyes never wandered that way.It all has to do with the passion I find in exposing myself to different environments, incredible feelings, new smells, exciting people. There is something so refreshing when you do these things, something that I am not sure I will ever get tired of. Somehow, no matter where I go or what happens to me, I will always find such great levels of joy and excitement in being exposed to even the smallest of experiences.Thankfully, we live in an amazing world with endless opportunities to experience new walks of life every day if we choose to. The world is full of these opportunities if you know where to look, or even more importantly, how to look. There are so many wonders that some of us are only lucky enough to dream about. But some of these wonders are meant to be seen, destined to be touched. Some of these places are worth saving up time, energy and money to see. If you’re looking to have an adventure and create rich memories, consider taking on these 10 travel experiences: Wade in Iceland’s Hot Springs

Iceland is sitting on a special spot on the globe — it’s on a rift in the continental plates making there be natural hot springs galore.Travelers can soak in several different settings including a cave in North Iceland, a stream known as Reykjadalur (translation: ‘Steam Valley’) and in a volcanic hot spring known as Viti (translation: Hell). Wading in the balmy, mineral-rich hot springs will soothe your body and mind, just as the Vikings did. See a Broadway show in New York

There are 40+ professional theaters, which have 500 or more seats with high quality performances happening daily. The Manhattan-based destination presents all kinds of shows from musicals, to dramas and comedies.There are also many TV shows that tape in the area including The Tonight Show starring Jimmy Fallon and Full Frontal with Samantha Bee.You can book tickets ahead of time or try your luck and walk up day of. Snorkel along the Great Barrier Reef

It is one of the Seven Wonders of the World and it is the largest living thing on the entire planet! Off the coast of northeastern Australia is the massive ecosystem made up of thousands of reefs and islands comprised of more than 600 varieties of coral.While out on the reef, visitors can snorkel in and amongst the reef sighting colorful fish, mollusks and starfish, plus turtles, dolphins and possibly sharks. Wander the Roman city of Palmyra, Syria

An area embroiled in armed conflict now, is also home to monumental ruins of a great Roman city. It was one of the most significant cultural centers of the ancient world during the 1st to the 2nd century. Hop the train to visit Cinque Terre

Five distinct centuries-old seaside villages dot a small stretch along the Italian Riviera.Riomaggiore is the first one you come to when arriving from La Spezia. It sits at the base of a valley. The small harbor is filled with small boats and fishing equipment.Manarola has a rocky harbor but the rocks are great for diving into the salty seawater and soaking up the suns’ rays. The town made up of colorful homes is built into the rocky landscape.Corniglia is high up on a cliff overlooking the coastline. It’s the only village of the five that doesn’t have a harbor.Vernazza is full of boutiques and cafes and is perhaps the most developed.Monterosso, the furthest north village of the five has the only sandy beach. The town moves up the land from there but is split in two by a rock, which has a castle at the top of it.You can visit all five locales by hopping on a train, one single track connects them all. You can also hike between the villages along the spectacular and picturesque coastline. Smoke a Cigar in Cuba

Located in the Caribbean, it boosts white-sand beaches, mountain ranges and of course, cigars. The capital city, Havana is the birthplace of premium cigars. Cigar factories big and small are throughout the city and offer tours to see the craft that the country is famous for. You need to buy and try a genuine Cuban cigar while there. Ski a Mountain in the Canadian Rockies

The Rocky Mountains are quite a sight to behold — massive snow-covered peaks reaching for the sky. Nestled amongst the mountain range, is Banff National Park and Jasper National Park. Two Canadian destinations that boast luxury, ruggedness and lots of outdoor activities. There are various ski resorts to try out, including Sunshine Village, Lake Louise and Marmot Basin, each providing hours and hours of terrain to swish your skis through. Taste a Guinness in Ireland

Dating back to 1759, the Irish dry stout was invented in Dublin, Ireland. Although it is brewed in nearly 60 countries and available in more than 100, you haven’t lived until you taste a Guinness where it originated. Find a little hole in the wall pub and savor the taste of the dark brew or venture over to the Guinness Storehouse and take a tour or learn how to pour the perfect pint at the Guinness Academy. Climb Machu Picchu

Built back in the 15th century by the Incas, the citadel is set high up in the mountains of Peru. Travelers will behold the dry-stone walls are fused blocks made without using any mortar. Although the exact original use remains a unknown, the buildings are believed to play on astronomy and they also provide gorgeous panoramic views. You can take a four or two day hiking route or a few hours by train. Safari in Chobe National Park, Botswana

In the north of the African nation, it is one of the largest concentrations of game on the continent and one of the most biologically diverse. You can take a guided tour by water or land to see wildlife in its natural wildlife including hippos, elephants, lions and giraffes. Make a plan, set a date and go on an adventure. There are so many wondrous places to explore across the globe — don’t miss out. 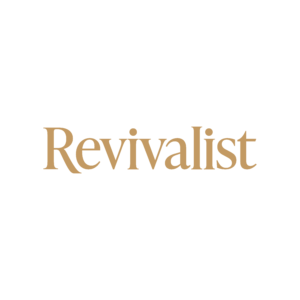 Simple but Effective Ways to Streamline Your Travel Plans

How to Make a Travel Itinerary